This course is part of the Quantum Computing: from Basics to the Cutting Edge Specialization

Quantum information and quantum computations is a new, rapidly developing branch of physics that has arisen from quantum mechanics, mathematical physics and classical information theory. Significant interest in this area is explained by the great prospects that will open upon the implementation of its ideas, capturing almost all areas of human activity related to the transfer, storage and processing of information.

The purpose of this course is to show the basic ideas of quantum informatics, as well as the physical laws and basic mathematical principles. Much attention is paid to such phenomena as quantum entanglement, quantum parallelism, and quantum interference. It is these phenomena that underlie most of the known quantum protocols and algorithms, which are devoted to individual sections of this course. In particular, from the course, students will learn about quantum teleportation, quantum algorithms, quantum error correction and other topics related to the quantum computations theory. As a result of the course, the students will be able to master the modern mathematical apparatus of quantum mechanics used in quantum computations, master the ideas that underlie the most important quantum logic algorithms and protocols for transmitting and processing quantum information, and learn how to solve problems on these topics. About The course consists of six modules, which are arranged in two parts. The first part (Modules 1-2) focuses on the mathematical apparatus and the foundations of Quantum Mechanics. Physical laws and processes which underlay quantum computations are extensively described. In the second part of the course (Modules 3-6), we show how quantum computations, quantum logic algorithms and protocols of quantum information transfer could be implemented using the laws of quantum physics and phenomena discussed in the first part. Module 1 focuses on the postulates of Quantum Mechanics and Quantum Information Theory. We introduce the important concept of a qubit and consider variants of its physical implementation. Certain statistical aspects of quantum theory are discussed. The concept of density matrix and separability, the notion of pure and mixed quantum states are introduced. In Module 2 we focus on the phenomenon of quantum entanglement and the mathematical description of entangled physical systems. We also describe an experiment aimed to test Bell inequalities and consider the well-known EPR paradox. In Module 3 we compare classical and quantum computations. Particularly, elementary logical elements (gates) and the simplest commutation schemes are described. The distinctive features of quantum computations are explained in Module 4. In particular, the No-Cloning theorem is proved, which forbids one to copy a qubit, quantum parallelism and superdense coding are discussed. We also describe in detail the protocol of quantum teleportation and give an example of its physical implementation. The well-known quantum logic algorithms are described in Module 5, these are Deutsch and Deutsch-Jozsa algorithms, Quantum Fourier Transform and Shor’s algorithms for integer factorization. In Module 6 we discuss quantum and classical error correction theory: we highlight their differences and similarities, classify the possible error types and describe protocols of their correction. The material is given in a form of short but informative videos with presentations and a detailed syllabus. At the end of every module, there are tests and control tasks according to the discussed topics. The tasks are organized in the form of problems and tests with multiple choice. Every module is supplemented with a literature list, which contains references on the mentioned researches and extra sources for self-study. Requirements Solid knowledge in linear algebra and calculus, basic knowledge in atom and quantum physics. Interest in quantum physics and quantum information theory. Program Module 1. Statistical aspects of quantum mechanics. Qubit. Physical implementation of a qubit. Qubits as a quantum unit of information. Bloch Sphere. Pure and mixed states of quantum systems. Density matrix and its properties. Qubit systems. Inseparability of quantum systems. The reduced density matrix. Module 2. Quantum entanglement. Schmidt decomposition. Bellstates. EPR paradox. Bell inequalities. Module 3. Classical and quantum logical operations. General principles of classical computations. The simplest classical computations. Landauer principle. Reversible gates. Pauli matrices. Single-qubit logic gates. Controlled quantum logic gates. Module 4.Distinctivefeaturesofquantumcomputations. No-cloningtheorem. Superdense coding. Quantumteleportation. Experimentonqubitquantumteleportation. Quantumparallelism. Module 5. Quantum Algorithms. Deutsch algorithm. Deutsch–Jozsa algorithm. Quantum Fourier Transform. Eigenvalue algorithm. Shor's algorithm for integer factorization. Module 6.Basics of error correction theory. Distinctive features of classical error correction theory. Classical three-bit code. Distinctive features of quantum error correction theory. Three-qubit code. Learning outcomes The student who completed this course should: To know • fundamental concepts of quantum mechanics and the quantum information theory; • The most important protocols for the transfer and processing of quantum information; • The most important quantum logic algorithms; • The basic protocols of the classical and quantum error correction theory. To be able to • work with classical and quantum circuits; • solve problems in the quantum information theory. To master • mathematical apparatus of quantum mechanics used in the quantum information theory.

Flexible deadlines
Reset deadlines in accordance to your schedule.
Shareable Certificate
Earn a Certificate upon completion
100% online
Start instantly and learn at your own schedule.
Course 2 of 4 in the
Quantum Computing: from Basics to the Cutting Edge Specialization
Beginner Level
Approx. 10 hours to complete
English
Subtitles: French, Portuguese (European), Russian, English, Spanish

master the modern mathematical apparatus of quantum mechanics used in quantum computationsmaster the ideas that underlie the most important quantum logic algorithms and protocols for transmitting and processing quantum informationlearn how to solve problems on these topics.
Flexible deadlines
Reset deadlines in accordance to your schedule.
Shareable Certificate
Earn a Certificate upon completion
100% online
Start instantly and learn at your own schedule.
Course 2 of 4 in the
Quantum Computing: from Basics to the Cutting Edge Specialization
Beginner Level
Approx. 10 hours to complete
English
Subtitles: French, Portuguese (European), Russian, English, Spanish 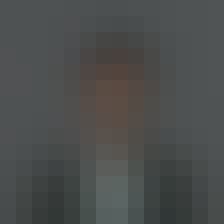 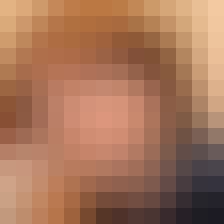 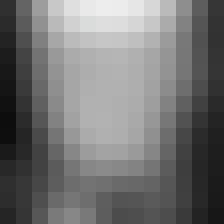 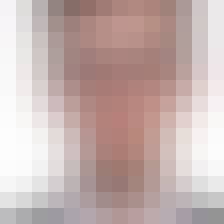 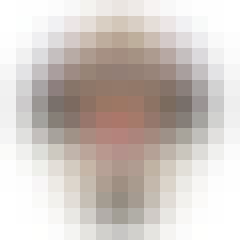 In this module we will briefly discuss the statistical aspects of quantum mechanics. We will discuss the difference between pure and mixed quantum states and consider their mathematical description. We will introduce the concept of a qubit and give some examples of its physical implementation. We will define what quantum entanglement (inseparability) is.

We will continue the talk about quantum entanglement and consider mathematical criteria for the inseparability of quantum systems. We will speak about the Bell states that represent the simplest (and maximal) examples of quantum entanglement. The major part of this module will focus on the famous Einstein–Podolsky–Rosen paradox and the Bell inequality test, which are crucial for understanding the physical side of the concept.

Paying tribute to Alonzo Church and Alan Turing we will start this module with the talk about the Church–Turing thesis and the Turing machine. We will briefly recall how the classical elementary logic gates work and consider some classical logic circuits on their basis. This will allow us to draw important analogies with elementary quantum logic gates. After the discussion of Landauer's principle we will look at how to build classical and quantum circuits using only reversible logic gates.

In this module, we will consider the most characteristic features of the transmission and processing of quantum information. We will prove why it is impossible to make a copy of a qubit in an arbitrary quantum state. We will see how two bits of classical information can be transmitted using a single qubit, implementing superdense coding. In addition, we will ake a closer look at the quantum teleportation protocol, which allows to transfer the state of a qubit over long distances. The last part of the module will be devoted to quantum parallelism, which allows a large number of quantum computations to be performed simultaneously.

This module is the major one and the most important in the whole course. We will see how all the ideas we discussed earlier allow one to conduct quantum computing, which for certain problems will be more efficient than classical ones. We will consider the application of these ideas in the Deutsch and Deutsch-Jozsa algorithms. And at the end of the module, we will talk about widely discussed Shor's algorithm.

Since no computation is possible without errors, in the last module of the course, we will briefly talk about classical and quantum error correction.

Great course... Gives a perfect introduction into the physics side of quatum computing. Introductory quantum mechanics knowledge is required before taking the course.

Interesting subject matter. Great introduction to the subject for someone with a Computer Science background.

Nice course overall. It would have been helpful if the promised additional material was available.

Too technical for a beginner , but quite interesting if one focuses

About the Quantum Computing: from Basics to the Cutting Edge Specialization

This specialization will open the door to the world of quantum technology. You will learn about the principles of quantum computing and how to bring these principles to life. The specialization is created by two scientific groups - physicists and mathematicians, so you can look at quantum computing from different angles. Despite the fact that in different courses the same issues are discussed, they are considered from different positions and with varying degrees of depth in the details. We hope that as you follow this path of progressive immersion, you will feel like a real expert in the subject of quantum computing.