Terrorism has arguably been one of the defining factors of our age. It frequently makes headlines, threatening or attacking governments, private business and ordinary citizens. And in many parts of the world, it has been one of the most important threats to peace, security and stability. But what does this exactly mean? What is the nature of this threat? Who or what is threatened, how, by whom and why? What can be done about it or how can we at least limit the impact of terrorism and make sure that terrorists do not make headlines and manage to scare us?

These are just a handful of questions that will be addressed in this course that consists of three parts. First it focuses on the essence of terrorism as an instrument to achieve certain goals, in addition to an exploration of this phenomenon and the difficulties in defining it. The second part provides an overview of the state of the art in (counter) terrorism studies. Since ‘9/11’ terrorism studies have grown exponentially, reflecting the rise in perceived threats. But what has academia come up with? What theories, assumptions and conventional wisdom has it produced that could be of help in understanding terrorism and dealing with it? The most interesting results are examined and compared with empirical evidence with the aim to either stress their importance or to debunk them as myths. The final part looks into the implications and possibilities for policy making. The course ends with a module specifically designed to address one of today's most topical issue: the foreign fighter phenomenon. 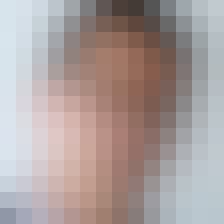 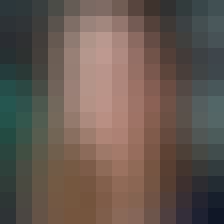 Leiden University is one of Europe's foremost research universities. This prominent position gives our graduates a leading edge and prepares them for careers both within and outside of academia. Leiden University is the oldest university in the Netherlands, founded in 1575. Our motto is: Praesidium Libertatis (Bastion of Liberty) - Freedom of spirit, thought and expression. Leiden University has a campus in Leiden and The Hague, with 7 faculties, 47 Bachelor Programmes, 79 Master Programmes and nearly 30,000 students.

Welcome & the essence of terrorism

In this module, you can find all the information you need in order to be able to successfully complete the course.

After you have familiarised yourself with the course, we move to the content of week 1. You will learn about the definition of terrorism. What exactly is terrorism? Who and where are its victims? After completing this module, you will understand why it is so difficult to arrive at a generally accepted definition of this term.

7 hours to complete
8 videos (Total 78 min), 7 readings, 2 quizzes
8 videos
Welcome to the Course!11m
1.1 Introduction5m
1.2 History of Terrorism16m
1.3 Use of the Word Terrorism5m
1.4 Why There Are No Generally Accepted Definitions11m
1.5 Need For a Definition: Some Attempts12m
1.6 Essence of Terrorism7m
Interview with Prof. Alex Schmid about Defining Terrorism8m
7 readings
Meet the team & Leiden University10m
Complete our short survey10m
Course Overview5m
Course Format5m
What do we expect from you10m
Don't forget to check out the extra material!10m
Readings1h
1 practice exercise
Definition and Essence of Terrorism30m
Week
2

In this module, you will learn more about terrorism and counterterrorism studies. It is a relatively new field of study that owes much to research in related disciplines. You will get an overview of where the key centres and scholars are located. Also, you will understand the three main approaches that are used in this academic field and recognize their strengths and weaknesses.

The subject of terrorism often falls prey to unfounded assumptions. Media, politicians, but also scholars frequently make far-reaching claims about this topic, such as the notion that terrorism is caused by poverty. In this module, we will critically investigate some of these assumptions to see if they are indeed true, partly true, false or perhaps even a myth (a widely held belief that is nevertheless still false).

In this module, we will continue the work of module 3 and look into five assumptions on counterterrorism. It is highly relevant to keep investigating assumptions that underlie CT-policy, both from an effectiveness perspective (is it really countering terrorism?) but also because these policies often have a large impact on societies and might also have unintended consequences.

Dealing with Terrorism and the Future

After having tested these assumptions, we will make up the balance sheet. What are some of the remaining “un- and underresearched” topics in (counter)terrorism studies? We will also explore the concepts of fear management and resilience. Finally, we will look into the future of terrorism: what can we expect in the years to come?

The final module of this course will look into a highly topical and politically sensitive issue of today: foreign fighters. Since the beginning of the civil war, high numbers of foreign fighters have joined the struggle, including many from Western countries. In this module, we will see who these people are and why they are going. Also, we will discuss to what extent these fighters pose a threat and which policy options are available to address this phenomenon.

TOP REVIEWS FROM TERRORISM AND COUNTERTERRORISM: COMPARING THEORY AND PRACTICE

Not all the reading materials are opening. The course content is old . There is a need for new and latest issues to be included in the course. There is also a need for advance level of another course.

The course is good and offers some interesting insights into the current state of things regarding terrorism, as well as a glimpse in the mindset of the terrorists and terrorist organizations.

Among the most informative courses i have taken, the material and videos provided are so detailed and specific to this field. I would recommend it to anyone with an interest matters terrorism.

A lot of reading is needed which, on one hand, is beneficial to the students but on the other can be exhausting as well. Anyway, I had a great time and gain a better perspective on terrorism.