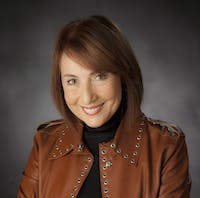 She served as Duke’s first Vice Provost for Interdisciplinary Studies and helped to create over seventy programs including the Program in Information Science + Information Studies and the Center for Cognitive Neuroscience as well as the University Scholars Program (in partnership with and supported by Melinda French Gates and Bill Gates) . She is a co-founder of the global learning network HASTAC (Humanities, Arts, Technology, and Science Alliance and Collaboratory), which administers the annual $2 million HASTAC/MacArthur Foundation Digital Media and Learning Competitions. Her more than twenty books include Thirty-Six Views of Mt Fuji, Revolution and the Word, and The Future of Thinking (with David Theo Goldberg). Her latest book, Now You See It: How the Brain Science of Attention Will Transform the Way We Live, Work, and Learn (Viking, 2011) was named a “top 10 science book” of the year by Publisher’s Weekly and has been the occasion for over eighty invited lectures in the U.S. and internationally, including in Canada, Australia, the UK, Hong Kong, and Thailand. A frequent speaker and consultant on institutional change at universities, corporations, and non-profits around the world, she writes for Harvard Business Review, Wall Street Journal, Fast Company, The Chronicle of Higher Education, The Washington Post, Times Higher Ed, and many other publications in the U.S. and abroad. In July 2012 she was named the first educator on the six-person Board of Directors of the Mozilla Foundation. She was recently appointed by President Obama to the National Council on the Humanities and received the 2012 Educator of the Year Award (with HASTAC cofounder David Theo Goldberg) for “Visionary Contribution to Science and Technology in Education.”