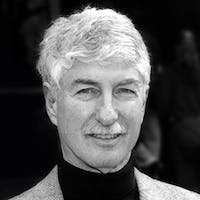 Arnold Weinstein received his B.A. in Romance Languages from Princeton University in 1962, and his Ph.D. in Comparative Literature from Harvard University in 1968. He studied in Paris at the Sorbonne, and did graduate work at both the Université de Lyon and the Freie Universität in Berlin. His entire career has been at Brown University where he is the Edna and Richard Salomon Distinguished Professor of Comparative Literature. Professor Weinstein has received numerous academic recognitions: a Fulbright award as graduate student, a Fulbright professorship (for Stockholm University) in American literature, and a stint as “Professeur invité” in American literature at the École Normale Supérieure in Paris. He has also won three Research Fellowships from the National Endowment for the Humanities. Professor Weinstein is the author of eight books: Vision and Response in Modern Literature (1974), Fictions of the Self: 1550-1800 (1981), The Fiction of Relationship (1988), Nobody’s Home: Speech, Self and Place in American Fiction from Hawthorne to DeLillo (1993), A Scream Goes Through the House: What Literature Teaches Us About Life (2003), Recovering Your Story: Proust, Joyce, Woolf, Faulkner, Morrison (2006), Northern Arts: The Breakthrough of Scandinavian Literature and Art from Ibsen to Bergman (2008), and Morning, Noon and Night: Finding the Meaning of Life’s Stages Through Books (2011). Northern Arts was named by The Atlantic as runner-up for Best Book of 2009, and Morning, Noon and Night was nominated for a Pulitzer Prize in Nonfiction in 2012. Professor Weinstein has also received significant recognitions for his teaching. He was named Best Humanities Teacher of the Year at Brown University in 1995, and he was awarded the Sheridan Award for Distinguished Contribution to Teaching and Learning at Brown University in 2012. He has also given more than 250 lectures for seven courses on World Literature produced by The Teaching Company. His Brown University courses deal with American and European and Scandinavian literature, from the 18th to the 20th century, as well as interdisciplinary courses such as Literature and Medicine, and The City and the Arts.