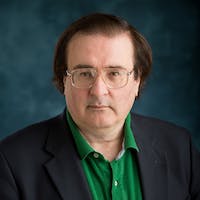 Kevin Korsyn earned his Ph.D. at Yale University and is currently Professor of Music Theory at the University of Michigan. He has received awards for both research and teaching. His article “Schenker and Kantian Epistemology” won the Emerging Scholar Award from the Society for Music Theory, and he also received the Distinguished Faculty Award from the Michigan Association of Governing Boards. In 2003 he was elected as a Senior Fellow in the Michigan Society of Fellows, and currently serves as Co-Chair of the Provost’s Council on Student Honors.

His articles and reviews have appeared in in a number of leading journals, including JAMS, Music Theory Spectrum, Music Analysis, Beethoven Forum, MLA Notes, The Musical Times, Theoria, Intégral, and elsewhere, and he has contributed chapters to Rethinking Music, Music Research: Between Practice and Epistemology, and The Second Practice of Nineteenth-Century Tonality. He was one of the founders of Theoria, a journal of historical music theory, and has also served on the editorial boards of Music Theory Spectrum, MTO, Indiana Theory Review, and Moebius, a new journal for the electronic and interactive arts. His book Decentering Music: A Critique of Contemporary Musical Research (Oxford University Press, 2003) was the subject of a symposium in Theory and Practice. A symposium on his work was held at the University of Ljubljana in 2009 and published in the book Music Research: Between Practice and Epistemology edited by Leon Stefanija (Peter Lang, 2012).

In addition to his scholarly work, Korsyn is also a composer and pianist. One of his most recent projects has been to complete the unfinished quadruple fugue in J.S. Bach’s Art of Fugue.