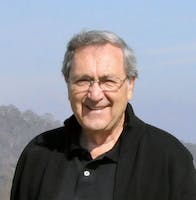 Gary Hack is professor emeritus of urban design in the School of Design, University of Pennsylvania. From 1996-2008 he served as dean of the School and is a former chairman of the Philadelphia City Planning Commission. He practices and writes about large scale urban design, and has prepared plans for over 40 cities in the US and abroad.

Before joining Penn, he was professor of urban design at MIT and served as chair of the department of urban studies and planning. Professionally, he was principal in the firm, Carr, Lynch, Hack and Sandell. Through his firm he directed the planning of the West Side waterfront in New York City, which involved the reconstruction of the West Side highway as an urban boulevard, and 4.5 miles of parks and promenades adjacent to it. It required extensive involvement of over 70 groups over a five year period. Construction of the system of parks and pier reclamation is currently nearing completion.

Also in New York, he was principal in charge of the design and construction of Rockefeller Park at Battery Park City, an 8.5 acre park that serves as the key open space in Lower Manhattan. It was designed through close consultation with the area’s residents, and has been voted the most loved park in Manhattan. The park served as the prototype for the parks along the West Side Waterfront.

In the 1970’s Gary Hack served as general manager for development and demonstration projects of CMHC and the Ministry of State for Urban Affairs in Ottawa. In that capacity, he oversaw the planning of Harbourfront in Toronto, the Vieux Port in Montreal, the Vieux Port in Quebec City, Market Square in St John, NB, and other projects across Canada.

He is the author of several books on urban development, including Local Planning (with Eugenie Birch, Paul Sedway and Mitchell Silver), Site Planning, the standard text in the field (with Kevin Lynch), Global City Regions (with Roger Simmonds), Urban Design in a Global Context (with Zhongjie Lin), and Local Planning (with others). .