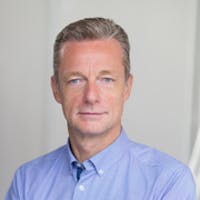 Marc is the Team Project Coaches’ Supervisor and Mentor for the Degree curriculum of the Online Master’s in Innovation and Entrepreneurship (OMIE); he is in charge of the Team Work course as well. He is an Academic Director at HEC Paris. He has been engaged in HEC Executive Programs since 2009. He is an Executive Coach and a Faculty Team Member of the TRIUM (HEC Paris - New York University - London School of Economics) Global Executive MBA. He has also been engaged in the Executive MBA (EMBA), MSIT (Master in Strategy and Information Technology), Stand Up (Women Entrepreneurs), DYL (Develop Yourself as a Leader), and many Customized Executive Education Programs, including those for Atos, Bouygues, BPCE, Colas, Dassault, Decathlon, Dickson Glen Raven, Edenred, EDF, EPL, ERDF, Etam, Eutelsat, Fidal, Kering, Matmut, MBDA, Natixis, Orange, Savencia, and Sodiaal. He has been providing Coaching & Training in Management and Leadership, and Personal Development. He is a Master Certified Coach (MCC) by the International Coach Federation (ICF); he has been promoting transformation through Executive Coaching, Team Coaching, & Organization Coaching for almost 15 years. He studied Psychology (Transactional Analysis), and is a Certified MBTI® Practitioner. Marc authored several webinars and an article “Leadership in the Digital Age” with IEDP (Ideas for Developing Leaders: https://www.iedp.com/articles/leading-in-the-digital-age-1/) in 2018. He posted videos on Career Management with Huffington Post: eg https://www.huffingtonpost.fr/2017/11/24/entretien-dembauche-que-repondre-dintelligent-a-parlez-moi-de-vous_a_23287298 (between 7,000 and 50,000 views per video) in 2018 and 2017. He wrote a chapter on “The Peace Process in Northern Ireland 1997-2007” on a co-authored book Négociations d’hier, Leçons pour Aujourd’hui (Edition Larcier, 2014) on Negotiation. He is the CEO and the founder of Inis alga, an international Coaching company active in 11 countries offering both emotional and analytical resources He has a background in International Finance in managerial positions including Nomura Securities (in Tokyo), Arthur Andersen, LVMH, Bacardi Martini. He did his Military Service in the French Navy as an Officer (with Confidential Clearance). He has been practicing martial arts (karate) for 25 years and completed a polar expedition in Greenland. Marc values and embodies diversity because he is Irish & French (dual citizenship) with Italian and Greek roots. He believes in the potential of people to grow and that small changes can make a big difference. He promotes transformation for a more humane, compassionate, and effective work environment.