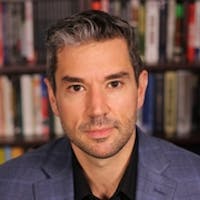 Bill Braniff is the Executive Director of the National Consortium for the Study of Terrorism and Responses to Terrorism (START). He previously served as the Director of Practitioner Education and an Instructor at West Point’s Combating Terrorism Center (CTC). There he led the practitioner education program, the nation’s largest provider of counterterrorism education to federal, state and local governmental audiences.

Braniff is a graduate of the United States Military Academy at West Point. Following his Company Command as an Armor Officer in the U.S. Army, Braniff attended the Johns Hopkins University School of Advanced International Studies (SAIS) where he received a master’s degree in international relations. Upon graduation, Bill worked in the nuclear counterterrorism field at the Department of Energy's National Nuclear Security Administration, and as a research associate with the CTC Harmony Project at West Point.

Braniff lectures frequently for counterterrorism audiences including the Federal Bureau of Investigation, Joint Special Operations University, the United States Attorneys’ Office and Immigration and Customs Enforcement. Braniff has also taken a keen interest in the field of Countering Violent Extremism (CVE). He has consulted with the Department of Justice, the FBI and the National Security Staff, playing a key role in an interagency working group dedicated to the topic. In June of 2013, Braniff testified before Congress on American attitudes toward terrorism and counterterrorism.

Braniff is also heavily involved in public education. His speaking engagements include several Council on Foreign Relations and World Affairs Council events in cities around the country. In May of 2010, Bill took part in the National September 11th Museum and Memorial Speaker Series and is featured in the Museum’s educational webcast series. He has been interviewed on numerous occasions by National Public Radio, the Wall Street Journal and by a host of additional international, national and local print and radio media outlets.