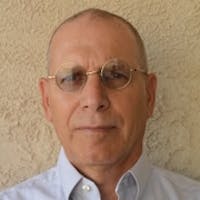 Richard Skolnik has more than 40 years of experience in international development and Global Health work and is the author of the widely used textbook, Global Health 101, third edition. Richard spent 25 years at the World Bank, retiring as the Director for Health and Education for the South Asia Region. At the World Bank, Richard worked on education in West Africa. He also worked on health in the Middle East and North Africa, Latin America and the Caribbean, West Africa, and South Asia. At the World Bank, Richard’s health work focused on health systems financing and development, improving equity, maternal and child health, and the control of communicable diseases. After leaving the World Bank, Richard was the Vice President for International Programs at PRB and the Director of the Center for Global Health at The George Washington University, where he taught undergraduate global health courses for 8 years. Richard also served for two years as the Executive Director of the Harvard PEPFAR program for AIDS treatment in Botswana, Nigeria, and Tanzania. In addition, Richard has served on the Technical Review Panel of the Global Fund and on a number of WHO Advisory and Working Groups. He was also deeply involved in the establishment of STOP TB. More recently, Richard focused his efforts outside of teaching on reviews of the financing of HIV in India, Cambodia, and Nigeria, working with the Results for Development Institute. In addition, he is on the editorial advisory body for the Third Edition of Disease Control Priorities in the Developing World (DCP3) and the third edition of Millions Saved. For the last five years, Richard was a Lecturer at the Yale School of Public Health and the Yale School of Management. While at Yale, Richard taught introductory and advanced Global Health courses in Yale College and introductory Global Health courses in the School of Public Health and the School of Management. Richard is from Dayton, Ohio, in the United States. He received a Bachelor of Arts (BA) degree from Yale University and a Master of Public Affairs (MPA) degree from the Woodrow Wilson School of Princeton University.