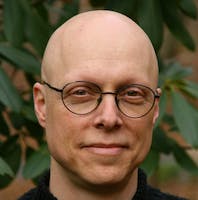 Scott Plous holds a Ph.D. in psychology from Stanford University and is a professor of psychology at Wesleyan University, where he teaches introductory and advanced courses in social psychology. His research interests focus on prejudice, decision making, information technology, and ethical issues surrounding the use of animals.

Professor Plous is a Fellow of the Association for Psychological Science, the American Psychological Association, the Society for the Teaching of Psychology, and the American Association for the Advancement of Science, and has received several national awards, including the William James Book Award (for The Psychology of Judgment and Decision Making), the Gordon Allport Intergroup Relations Prize, and the Otto Klineberg Intercultural and International Relations Award. He has also received the American Psychological Foundation's Award for Distinguished Teaching and been named "Connecticut Professor of the Year" by the Carnegie Foundation and Council for Advancement and Support of Education. Currently, Professor Plous serves as Executive Director of Social Psychology Network (SocialPsychology.org), a nonprofit membership organization whose mission is to promote peace, social justice, and sustainable living through public education, research, and the advancement of psychology.