The #BlackLivesMatter movement is the most significant political movement in African American life in the United States in the last fifty years. BLM leaders denounced anti-black racism, white supremacy, and police brutality and reshaped how we think about gender, sexuality, social justice, economic injustice, and crime. The movement is grounded in a long history of African American activism. From slave revolts to the Black Panther Party, from the founding of the Congressional Black Caucus, to the eruption of the #BLM Movements, this course is an interdisciplinary and historical exploration of the BlackLivesMatter movement.

Shareable Certificate
Earn a Certificate upon completion
100% online
Start instantly and learn at your own schedule.
Flexible deadlines
Reset deadlines in accordance to your schedule.
Beginner Level 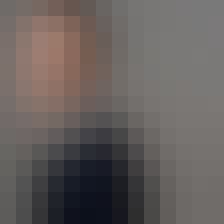 1 Course
Shareable Certificate
Earn a Certificate upon completion
100% online
Start instantly and learn at your own schedule.
Flexible deadlines
Reset deadlines in accordance to your schedule.
Beginner Level 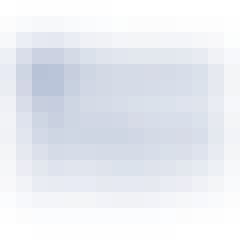 The mission of The Johns Hopkins University is to educate its students and cultivate their capacity for life-long learning, to foster independent and original research, and to bring the benefits of discovery to the world.

The Fundamentals of a Racist Culture

In this module, learners will study the fundamentals of a "Racist Culture." Learners will analyze the history of racism in America, the making of the conservative movement and the diversity of African American communities. Learners must receive a passing grade (80%) on all quizzes. Discussion boards are optional.

4 hours to complete
6 videos (Total 18 min), 9 readings, 3 quizzes
6 videos
An Introduction to the Course2m
"The American Dream"3m
A Culture of Racism?2m
Acts and Riots in the 1960s3m
The Conservative Turn2m
A Divided Community2m
9 readings
"To Fulfill These Rights..."10m
About The Moynihan Report10m
Remarks by President Obama on "My Brother's Keeper" Initiative10m
The Kerner Commission10m
The Welfare Queen10m
The Southern Strategy10m
Remarks by President Obama on Economic Mobility10m
The National Black Political Convention10m
The Dilemma of the New Black Politician10m
3 practice exercises
A Culture of Racism30m
The Conservative Movement30m
Divided Communities30m
Week
2

Race, Police and Justice in the United States

In this module, learners will study the relationship between race and policing in the United States, by analyzing the history of policing, racial relations during the Obama Presidency and the tensions revealed by the killing of Trayvon Martin. Learners must receive a passing grade (80%) on all quizzes. Discussion boards are optional.

4 hours to complete
4 videos (Total 13 min), 15 readings, 3 quizzes
4 videos
Race and Policing4m
The Obama Presidency3m
The Troy Davis Moment2m
The Trayvon Martin Moment3m
15 readings
The Black Code of St. Landry’s Parish, Louisiana, 186510m
A Report from Occupied Territory by James Baldwin10m
Racial gap in U.S. arrest rates: Staggering disparity10m
The Many Causes of America’s Decline in Crime10m
Chicago police misconduct payouts topped $50 million10m
Police killed more than twice as many people as reported by US government10m
Barack Obama’s Speech on Race10m
Black Voters Turn Out in Big Numbers for Obama10m
Has President Obama Done Enough for Black Americans?10m
The Dream That Never Was: Black Millennials and the Promise of Obama10m
Blacks back 'Occupy', want Obama to be tougher on Wall Street10m
The Terrorists in Blue10m
Obama's Statement on Trayvon Martin's Verdict10m
A Herstory of the #BlackLivesMatter Movement10m
How Trayvon Martin’s Death Launched a New Generation of Black Activism10m
3 practice exercises
Policing Race in America10m
The Obama Presidency20m
The Trayvon Martin Moment20m
Week
3

In this module, learners will study the politics, the people and the organization of the Black Lives Matter movement. Learners must receive a passing grade (80%) on all quizzes. Discussion boards are optional.

4 hours to complete
6 videos (Total 18 min), 10 readings, 3 quizzes
6 videos
A Generational Divide3m
A Women's Movement3m
Organizing the Movement3m
"Funding the Movement"2m
The Demands of a Movement3m
The Solidarity of a Movement2m
10 readings
Al Sharpton's Eulogy for Mike Brown10m
Nurturing black youth activism10m
Not all of the Black freedom fighters are men10m
A Herstory of the #BlackLivesMatter Movement 10m
Obama on the Grand Jury Decision in the Death of Eric Garner10m
Amid tensions, Sharpton lashes out at younger activists10m
How to fund #BlackLivesMatter10m
Do Foundations Co-Opt Civil Rights Organizations?10m
The Black Youth Project 100 and Minimum Wage10m
Black Lives Matter on the Docks10m
3 practice exercises
The Demographics of the Movement30m
The Organization of the Movement30m
The Politics of the Movement30m
Week
4

The Future of #BlackLivesMatter

In this module, learners will study the future of the Black Lives Matter movement, by analyzing the George Floyd moment, the globalization of the movement, and future political options. Learners must receive a passing grade (80%) on all quizzes. Discussion boards are optional.