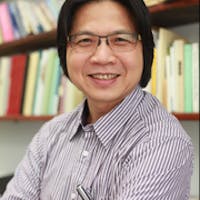 Professor Jiunn-rong Yeh is known for his policy science approach to various law and policy issues, including constitutional change, environmental policy and regulatory processes. He was the Vice Dean of the College of Law, National Taiwan University, in charge of academic affairs and international collaboration.

He has substantially involved in many constitutional, legislative and regulatory issues in Taiwan. He argued in front of the Council of Grand on the constitutional issue of the Fourth Nuclear Power Plant installation, also heading or participating in the drafting of several major legislative bills, including the Freedom of Information Act, the Administrative Procedural Act, the Superfund Law and the Greenhouse Gas Control Act. Professor Yeh’s extensive publications of books and articles in both English and Chinese cover topics such as constitutional law, environmental law and administrative law. He received Award of Excellence in Research from National Science Council. Professor Yeh has held teaching positions in many major foreign institutions, including Duke, Columbia, Toronto, Harvard, Melbourne. He was named Distinguished Visiting Faculty 2000-2001 by the Faculty of Law, University of Toronto, where he taught Transformative Constitutionalism in East Asia in Fall 2000. In 2013, he was appointed by the Melbourne Law School as Professorial Fellow. Professor Yeh joined the Cabinet of Taiwan as a Minister without Portfolio in 2002, in charge of inter-ministerial coordination. In 2004, he served as Minister of the Research, Development and Evaluation Commission overseeing government functions in the Cabinet. In 2005, Professor Yeh was elected a member and Secretary-General of the National Assembly that approved the constitutional revision proposals by Legislative Yuan. in May 2016, he swore into office as Minister of the Interior and then Minister of Education before he returned to his professorship at National Taiwan University in December 2018. In 2013, Professor Yeh was appointed as National Taiwan University Chair Professor. Professor Yeh’s recent publications include The Constitution of Taiwan: A Contextual Analysis (Hart, 2016). Asian Courts in Context (Cambridge University Press, 2015, co-eds with Wen-Chen Chang)