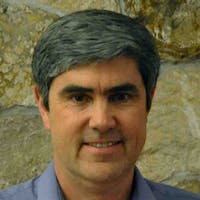 LeVeque is the author of several popular textbooks and numerous research publications, and has extensive experience with scientific software development. His primary research interest is the development and application of numerical methods for solving partial differential equations, particularly hyperbolic conservation laws that are used to model wave propagation in many applications. In 1995 he released the first version of Clawpack, a software package implementing some of these methods, and he remains a lead developer and frequent code contributor to this open source project.