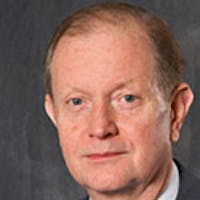 Bobby Calder is the Charles H. Kellstadt Distinguished Professor of Marketing and Professor of Psychology, Kellogg Graduate School of Management, at Northwestern University. He is also Professor of Journalism, Medill School of Journalism, Media, Integrated Marketing Communications at Northwestern. With Professor Edward Malthouse, he pioneered a new research method that explained what consumer experiences motivate and inhibit media usage. His work is primarily in the areas of marketing strategy, consumer psychology, and media. Formerly he taught at the Wharton School, University of Pennsylvania, and the University of Illinois and has been a consultant for Booz Allen and Hamilton. He is a graduate of the University of North Carolina at Chapel Hill. He has been a consultant to many companies (including Aetna, Baxter, Bristol-Myers Squibb, Cemex, Coca-Cola, General Electric, General Motors, Hearst, McDonald's, Motorola, and Prudential) and to government and not-for-profit organizations (such as the Census Bureau, the Environmental Protection Agency, the United Way, and the US Army). In addition to numerous articles, his most recent books are Kellogg on Marketing (2011), Kellogg on Advertising and Media (Wiley, 2008) and previously Kellogg on Integrated Marketing (Wiley, 2003).