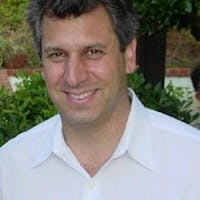 Donn Silberman began his work in optics in 1976 when as a high school senior he volunteered as an astronomy student technician. There he learned how to operate a small planetarium, maintain the class telescopes and built his own 8" F/8 Newtonian. Donn attended the University of Arizona to study Astronomy, worked at the Flandreau Planetarium and ended up receiving a Bachelor of Science degree in Engineering Physics (Honors in Physics). During his years at the U of A, Donn also worked at the Optical Sciences Center and taught undergraduate physics labs. Donn served as the Society of Physics Students President from 1981 - 1983 and as an SPS Councilor from 1983 - 1984. Since then, Donn has logged over 30 years of management and technical experience in various optics based businesses, with a number of patents and publications to his credit. He has an extensive background in product management, including conceptualizing, research and development, quality assurance, product manufacturing, marketing and sales. Some of Donn’s notable positions include Senior R&D Optical Engineer for Johnson & Johnson’s IOLAB Corporation in Claremont, California; Operations Manager, Micro-Optics, for Corning Incorporated’s Advanced Photonics Technologies group in Garden Grove, California; and Engineering Systems Manager in the RAM Optical Instruments division of Newport Corporation in Irvine, California. More recently, Donn has worked as an Applications Engineer for MetroLaser, Inc. and PI (Physik Instrumente) L.P. in Irvine, CA. Donn has held several volunteer positions with the OSSC, including Programs and Scholarship Chairs in the mid 1990’s and Newsletter Editor and Treasurer, Secretary, Vice President and President in the mid 2000’s. He is the Founding Director of The Optics Institute of Southern California which focuses on optics education outreach and works closely with the OSSC, OSA, SPIE and MESA on the Hands-On Optics and other educational outreach programs. Donn also served for several years as the Assistant Director of the Center for Applied Competitive Technologies at South Orange County Community College District's Advanced Technology and Education Park. Donn served for a number of years as a volunteer member of the Exhibits Committee at the Discovery Science Center in Santa Ana, California and on the Leadership Council for the UC Irvine Beall Center for Art + Technology. In 2009, Donn founded the UC Irvine Optical Engineering and Instrument Design Certificate programs, as the Advisory Committee Chair and he continues teach and help those programs grow. Donn was designated as a Senior Member of SPIE and a Senior Member of OSA in 2010 for his specific achievements in optics education, outreach and engineering. In November 2012, he received the Dean's Outstanding Service Award for his efforts with the UCI Optical Engineering and Optical Instrument Design programs. In December 2012, Donn was the 2012-2013 Univ. of Arizona Honor's College Advocate for Education Award Winner and gave the Keynote Address at their Pre-commencement ceremony.