Want to earn credit towards a degree? Find out how
You can earn credits from the University of Colorado Boulder that count towards a Master of Science in Electrical Engineering

This course can also be taken for academic credit as ECEA 5701, part of CU Boulder’s Master of Science in Electrical Engineering degree.

This course introduces more advanced concepts of switched-mode converter circuits. Realization of the power semiconductors in inverters or in converters having bidirectional power flow is explained. Power diodes, power MOSFETs, and IGBTs are explained, along with the origins of their switching times. Equivalent circuit models are refined to include the effects of switching loss. The discontinuous conduction mode is described and analyzed. A number of well-known converter circuit topologies are explored, including those with transformer isolation. The homework assignments include a boost converter and an H-bridge inverter used in a grid-interfaced solar inverter system, as well as transformer-isolated forward and flyback converters. After completing this course, you will: ● Understand how to implement the power semiconductor devices in a switching converter ● Understand the origins of the discontinuous conduction mode and be able to solve converters operating in DCM ● Understand the basic dc-dc converter and dc-ac inverter circuits ● Understand how to implement transformer isolation in a dc-dc converter, including the popular forward and flyback converter topologies Completion of the first course Introduction to Power Electronics is the assumed prerequisite for this course. 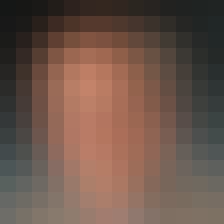 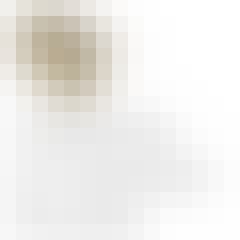 CU-Boulder is a dynamic community of scholars and learners on one of the most spectacular college campuses in the country. As one of 34 U.S. public institutions in the prestigious Association of American Universities (AAU), we have a proud tradition of academic excellence, with five Nobel laureates and more than 50 members of prestigious academic academies.

Start working towards your Master's degree

This course is part of the 100% online Master of Science in Electrical Engineering from University of Colorado Boulder. If you are admitted to the full program, your courses count towards your degree learning.
Learn More

How to implement the switches using transistors and diodes, including applications having bidirectional power flow or ac outputs.

Basics of power semiconductor switches, including the origins of switching times and switching loss. How to incorporate switching loss into equivalent circuit models. MOSFETs, IGBTs, and gate driver considerations.

Some well-known converter circuits and their origins. How to incorporate transformer isolation into a dc-dc converter. Analysis and equivalent circuit modeling of transformer-isolated converters.

A real Hard Course designed for professional people. If you are good in Circuits, do come, but if you are weak... You may Get in TROUBLE!!!!

This course is so awesome it have blown my mind. Thank You Coursera. Thank You University of Colorado for bringing such a great course to us.

Aim to complete this specialization course. My interest and work both aligns perfectly with this course, and its immensely helping me out.

The course was very helpful especially the Switch Realization part. It will be good it was told how to find the area of a waveform in LTspice.